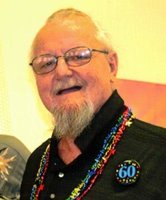 William E. Schaper, 65, of Rosenhayn passed away on Monday, June 7, 2021 at Inspira Medical Center in Vineland. Born in Bridgeton to Luretta Garisson Schaper and the late Everette W. Schaper, he was the husband of Patricia Stidham Schaper. Willaim had been a lifetime resident of Rosenhayn. Growing up he had worked on the Schaper family farm. He retired from Unimin Corporation after over 20 years of employment as a dredge operator. William was a huge sports fan especially of the Philadelphia Eagles and Phillies. In his free time he enjoyed gardening and spending time with his family, especially his grandson Wyatt. He also loved animals, especially his chickens. He was also a lifetime member of Rosenhayn United Methodist Church and was a lay minister. He is survived by his wife, Patricia Schaper of Rosenhayn; mother, Luretta Schaper; a son, Matthew Schaper of Rosenhayn; stepson, Christopher Stidham; a grandson, Wyatt Schaper; and siblings, Kenneth A. Schaper (Karen) of Rosenhayn and CarolLee Syring (Robert) of Upper Deerfield Twp. He was preceded in death by; his father, Everette W. Schaper; a daughter, Bethany Schaper; and a sister, Kathleen Exel. Funeral services will be held at the PADGETT FUNERAL HOME, 1107 State Highway 77, Upper Deerfield Township on Monday, June 14th at 11AM. Friends and family will be received at the funeral home from 9AM to 11AM prior to the services. Interment will take place at Mt. Hope Cemetery in Rosenhayn. Written condolences can be sent to the family through the funeral home website at www.padgettfuneralhomes.com.