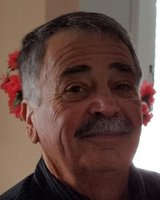 Salvatore M. Cozzubbo, 73, of Upper Deerfield Twp., passed away on Thursday, April 1, 2021 at Inspira Medical Center in Vineland. Born in Salem to the late Mario Cozzubbo and Ann Limosino Cuzzubbo, he was a resident of Upper Deerfield Twp. since 1989. Prior to that, Salvatore had resided in Mickleton. Before his retirement, he had been self employed as a heavy equipment operator and had previously worked for Gahrs Inc. in Swedesboro. After his retirement, Salvatore had worked part time at the Upper Deerfield Twp. Recycling Center. In his free time, he enjoyed anything tech and raising tropical fish. He is survived by; his son, Christopher B. Cozzubbo (Michele Mano) of Mickleton; his sister, Rose M. Werkheiser of Mays Landing and five grandchildren, Tyler, Paige, Jimmy, Justin and Bella. He was preceded in death by; his daughter, Meredith Dick and his sister, Ann “Bee” Russo. Funeral services will be held at the PADGETT FUNERAL HOME, 1107 State Highway 77, Upper Deerfield Twp. on Friday, April 9th at 11:30 AM. Friends will be received at the funeral home from 10 AM to 11:30 AM prior to the services. In lieu of flowers, the family suggests that donations can be made to the American Cancer Society, 1851 Old Cuthbert Rd, Cherry Hill, NJ 08034. Due to current regulations associated with the Covid-19 healthcare situation, we are limited to 75 people within the funeral home at a time and the understanding and cooperation of the public is greatly appreciated. Written condolences can be sent to the family through the funeral home website at www.padgettfuneralhomes.com.