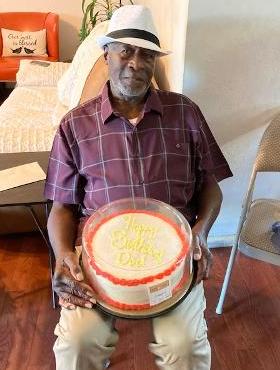 Henry J. “Nitty” Davis, 79, of Millville passed away on Thursday, March 11, 2021 at Inspira Medical Center in Vineland. Born in Bennettsville, SC to the late John Davis and Bessie Briston Davis, he was the husband of Lettice Wellington Davis. He had lived in Millville for the past 48 years and had resided in Bridgeton prior to that. Before his retirement, Henry had been employed with the Wheaton Glass Company in Millville for 28 years. He was a member of the Shiloh Baptist Church in Port Norris. Henry enjoyed running, walking, cooking and watching boxing and football. I addition to his wife, Lettice, he is survived by 11 children, Lavern Robinson of NC, Donald Everett of NC, Kevin Winchester (Laura) of Vineland, Lance Winchester ( Sharlene) of Upper Deerfield Twp., Mildred Davis of Vineland, Kimberly Staples (Walter) of Millville, Samantha McClendon (LeBaron) of Vineland, Steve Thompson of Vineland and Roger Dawkins (Michelle ) of DE; three brothers, John L. Davis of NC, Willie Davis of NC and Randy Davis of Vineland; three sisters, Mary Jones of NC, Flossie Davis of NC and Bessie Lee Potts (Walter) of NC along with many grandchildren, great-grandchildren, nieces, nephews and friends. He was predeceased by two sons, Vernon Everett and Timothy Winchester, two sisters, Betty Davis and Mildred Green and a brother, Brian Bailey. Funeral services will be held at the Shiloh Baptist Church, 2411 Memorial Avenue, Port Norris on Saturday, March 27th at 11 AM. Friends will be received at the church from 9 to 11 AM prior to the services. Interment will take place at Greenwood Memorial Park in Millville. Arrangements are under the direction of the PADGETT FUNERAL HOME, Upper Deerfield Township. Written condolences can be sent to the family at www.padgettfuneralhomes.com