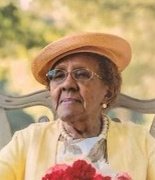 Irene Green, 96, of Port Norris passed away on Monday, December 28, 2020 at Inspira Medical Center-Vineland. Born in Haleyville to the late Bernita Smith, she was the wife of the late Melvin J. Green, Sr. Irene was a resident of Port Norris all of her life. Prior to her retirement, Irene had worked as a training supervisor at the Vineland Developmental Center for 38 years and as a self employed housekeeper. Prior to that, she had worked in the commercial oyster industry in Port Norris. She was a member of John Wesley United Methodist Church for most of her life where she served as an usher and sang in two choirs, the Chancellor Choir and Sacrifice of Praise. Irene also worked with the youth choir with her friend, the late Doris Bowser. She was also a voting delegate representing John Wesley United Methodist Church at the Greater New Jersey United Methodist Conference. In her free time, she enjoyed traveling, shopping and visiting with her friends at the Commercial Twp. Senior Center five days a week. Irene was a member of two chapters of the Red Hat Ladies and the Order of the Eastern Star. She is survived by; 10 children, Diane Livingston of Millville, Linwood Blount of Millville, Bonnie Daughety (Edward) of Vineland, Carolyn Stevens (Robert) of Vineland, Sharon Blount of Vineland, Robert Blount, Sr. of Vineland, Robin Blount of Vineland, Michael Blount of Sylmar, CA Avonda Green-Ransome (Earl, Jr.) of Pedricktown and Melvin Green of Fayetteville, GA; her sister, Alberta Smith of Raleigh, NC; 21 grandchildren, 27 great-grandchildren, eight great-great-grandchildren and a host of nieces, nephews, cousins, other family members and friends. She was preceded in death by; her husband, Melvin J. Green, Sr.; four brothers, Lawrence Smith, Bennie Smith, Lester Smith and Elijah Smith and a great-granddaughter. Funeral services will be held privately at the convenience of the family. Interment will take place at Haleyville Methodist Cemetery. A visitation will be held from 9 AM to 11:30 AM at the PADGETT FUNERAL HOME, 1107 State Highway 77, Upper Deerfield Twp. on Monday, January 11th. Due to current regulations associated with the Covid-19 healthcare situation, we are limited to 50 people within the funeral home at a time and the understanding and cooperation of the public is greatly appreciated. Written condolences can be sent to the family through the funeral home website at www.padgettfuneralhomes.com.