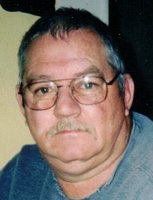 Wilbert Gandy, 69, of Stow Creek passed away on Thursday, May 21, 2020 from complications of diabetes. He was the son of the late Gladys Dooley and Henry Gandy of Bridgeton. He is survived by; his children; Kenneth Gandy of Pennsville, Lezah Gandy of TN and John Gandy of TN; two stepchildren Bonnie Roman of CO and Brian Gandy of IN; two brothers, Larry Dooley of Stow Creek and Charles Osborn of Bridgeton; 15 grandchildren and nine great-grandchidren. He was preceded in death by; two brothers, Raymond Gandy and Harry Orange; his sister, Margaret Frazier of Bridgeton; a granddaughter and a grandson. He was married to the former Cheryl Phillips of Salem. Wilbert had worked in many local industries and retired from Conrail of PA. He had previously been employed as a supervisor at Wheaton Glass in Elmer and retired from Pandrol Industries in Swedesboro. He was an avid fisherman and enjoyed being with his family and friends. The family wanted to mention his second family who loved him for the last 32 years. He was a kind and generous person who will be greatly missed. Funeral services will be held privately at the convenience of the family. Written condolences can be sent to the family through the funeral home website at www.padgettfuneralhomes.com.