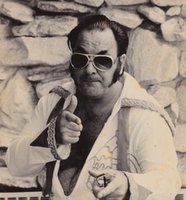 Jerry Terrigno, 67, of Deptford passed away on Friday, May 15, 2020 at Inspira Medical Center-Mullica Hill. Born in the Bronx, NY to the late Dominick Terrigno and Antoinette Galletti Terrigno, he was the husband of the late Dorothy Webb Terrigno. Jerry had resided at the Deptford Care Center for the past three years and prior to that he had been a resident of Bridgeton for most of his life. Prior to his retirement, Jerry had worked at the family Terrigno's Bakery Shop. He enjoyed working outdoors, helping rake leaves and caring for the grounds for people where ever he lived. He is survived by; his two brothers, Nick Terrigno and his wife, Raquel of Auburndale, FL and Anthony Terrigno and his fiancee, Carol of Wenonah and his nieces and nephews, Raquel Alvarado, Nicole Terrigno, Eddy Tores, Nicky Terrigno and Anthony Tyler Terrigno. He was preceded in death by his loving wife, Dorothy Webb Terrigno. Funeral services will be held privately at the convenience of the family. Written condolences can be sent to the family through the funeral home website at www.padgettfuneralhomes.com.