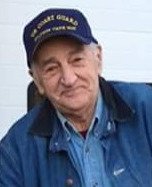 Francis Joseph “Baggy” Baginsky, Jr., 79, of Fortescue passed away on Monday, May 11, 2020 at his home. Born in Philadelphia, PA to the late Francis J. Baginsky, Sr. and Mary Sakalsky Baginsky, he was the husband of Eileen F. Myers Baginsky. Baggy had been a resident of Fortescue for the past 24 years and prior to that he had lived in Nortonville. He had been most recently employed at the Middlesex Water Co. He had also worked as a chemical operator for the Monsanto Corporation in Bridgeport for 19 years and at Westinghouse in Lester, PA as a machine operator where he fabricated steam turbines. Baggy had been a dedicated Fireman for many years where he served as the past chief and life member of Bridgeport Fire Co., assistant chief of the Monsanto Fire Co., chief engineer of the Westinghouse Fire Co., Captain of the Fortescue Fire Co. and as the fire commissioner of Downe Twp. He was also a life member of the NJ State Fireman's Association. In his free time, Baggy enjoyed fishing and crabbing. He is survived by; his wife, Eileen Baginsky of Fortescue; four children, Denise Higbee (Doug Chew) of Fortescue, Frank Baginsky III (Debbie) of Pedricktown, W. Edward Baginsky (Corey) of Scottsville, NY and Debbie Wagner (Joe) of Mullica Hill; his brother, Vincent Baginsky of Taneytown, MD; 12 grandchildren and five great-grandchildren. Funeral services will be held privately at the convenience of the family. In lieu of flowers the family requests that donations be made in Mr. Baginsky's memory to Downe Township Fire Rescue Co. PO Box 48, Fortescue, NJ 08321. Written condolences can be sent to the family through the funeral home website at www.padgettfuneralhomes.com.