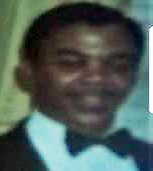 William “Billy” David Fox, 72, of Camden, NJ, passed away on January 29, 2020 at South Jersey Extended Care in Bridgeton. Billy was born in Camden, NJ to Robert L. Fox and Gladys R. Fox on January 20, 1948. He graduated from Camden High School in 1966. He joined the military soon after graduation. He enjoyed basketball and football in his younger years. Billy is survived by; his brother, Robert Fox; his daughters, Iris Vascos, Aretha Green, Davina (Fox) Smith and Dianna Fox; his 10 grandchildren and his nine nieces and nephews. He was preceded in death by; his father, Robert Fox; his mother, Gladys Fox and his daughter, Angela Fox. Funeral services were held privately at the convenience of the family. Written condolences can be sent to the family through the funeral home website at www.padgettfuneralhomes.com.